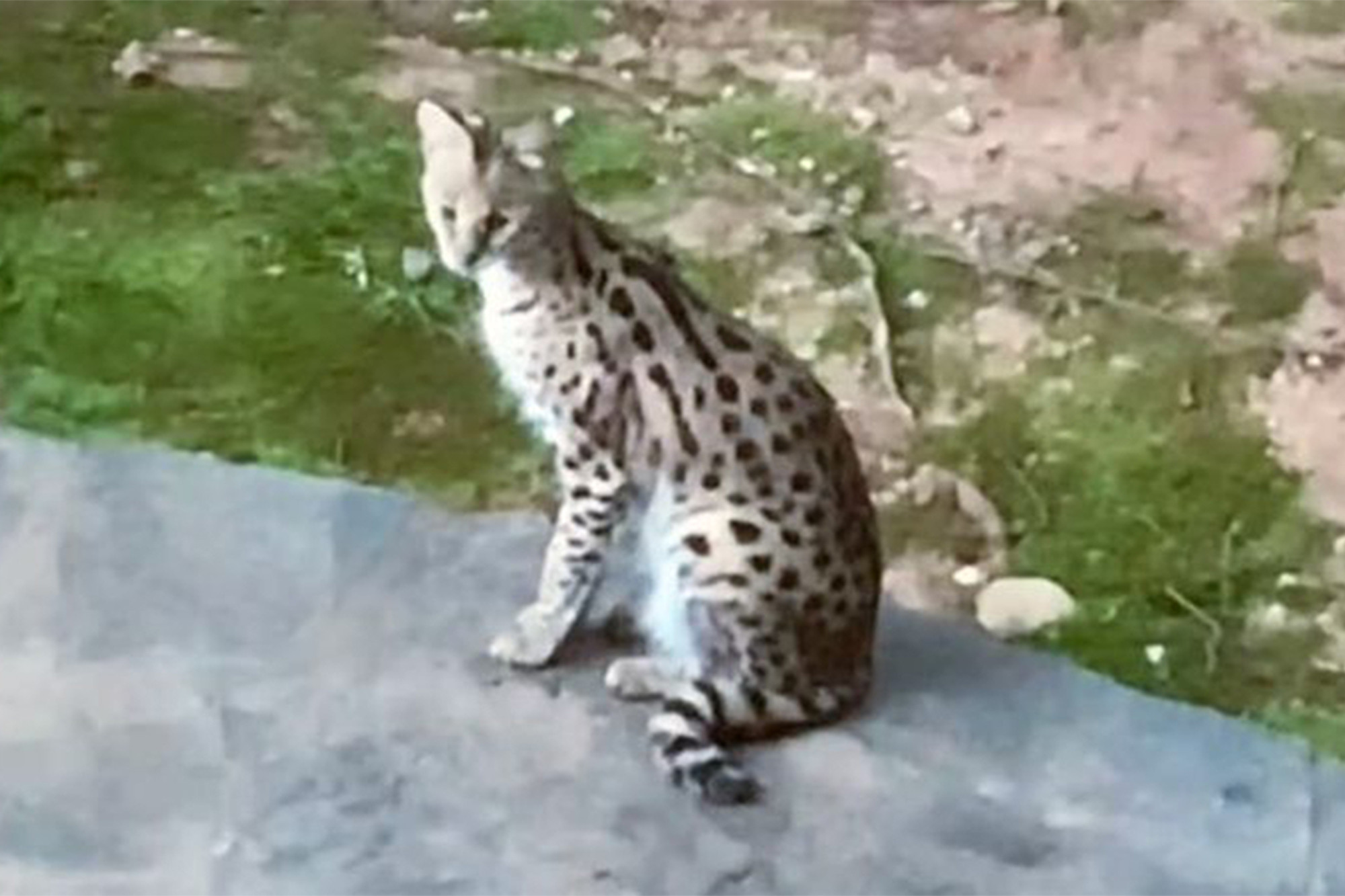 This is not the way you want to wake up.

A Georgia woman got quite a shock this week when she woke up to find a feral feline just inches from her face — and realized it wasn’t your average stray.

“I said, ‘That’s not a normal house cat. I don’t know what that is, but I am terrified right now,” Kristine Frank recalled to CNN.

The creature turned out to be a serval, a wild African cat which can weigh up to 40 pounds and is illegal in Georgia.

Frank called the state Department of Natural Resources, which was investigating and trying to trap the serval.

Frank believes the creature got in her Atlanta home after her husband took the dog out and left a door open. She told CNN she scared the cat off the bed, and inched her way out of the room, while her husband opened another door to let the animal out.

“It still kind of terrifies me because that cat is illegal and there’s a reason it’s illegal. So I really don’t know what it’s capable of doing,” she said.