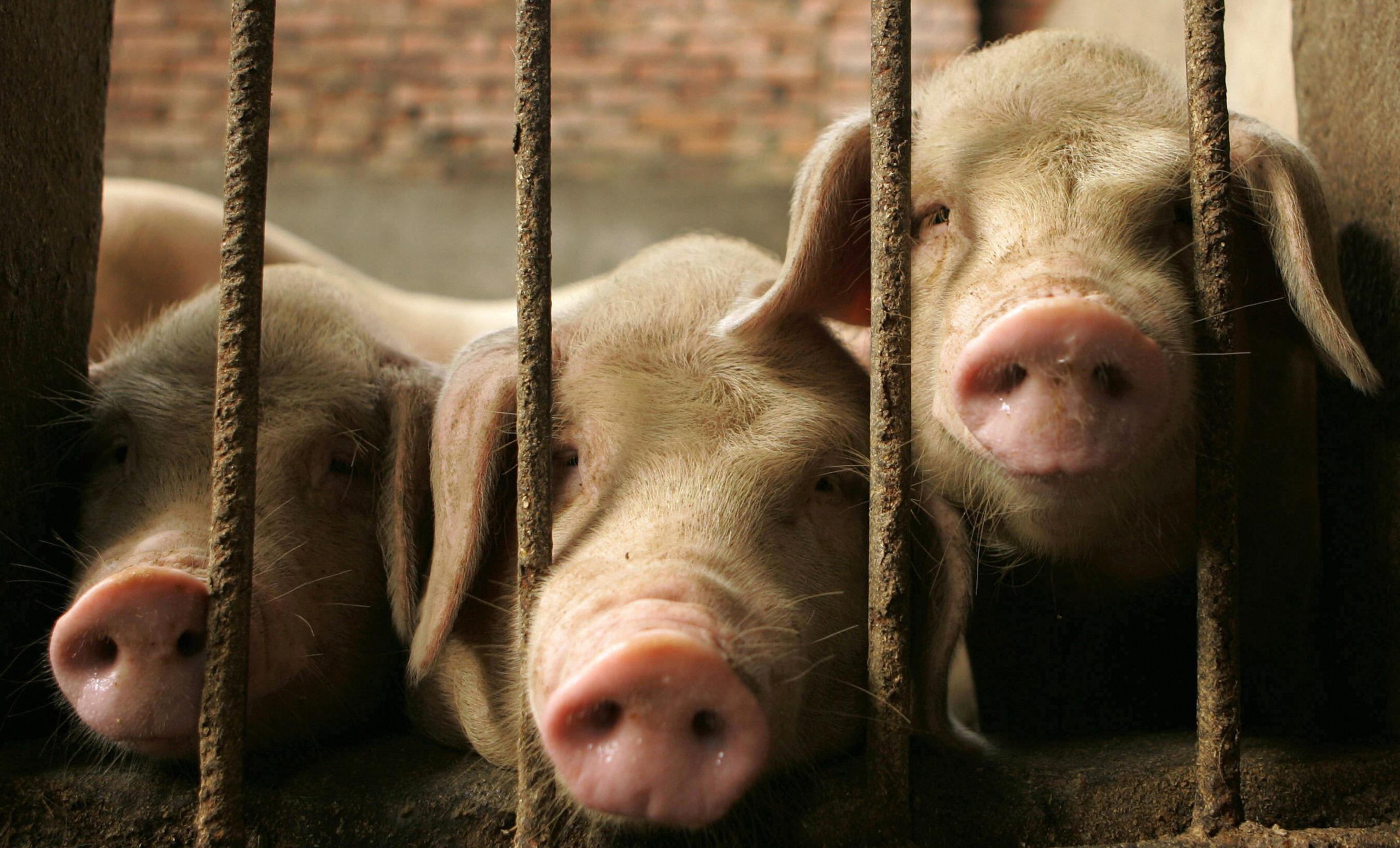 Pigs in their pen at a farm on the outskirts of Chengdu in China’s south west Sichuan province, on August 2, 2005.

Scientists have identified a new strain of flu carried by pigs in China that they say has the potential to become a pandemic.

The new strain is descended from the type of flu — known as “swine flu” — that emerged in 2009 causing the first global flu pandemic in 40 years.

The scientists published their peer-reviewed findings in U.S. science journal Proceedings of the National Academy of Sciences on Monday. They said the new strain of flu, which they called “G4 EA H1N1,” is a variation of swine flu, and includes the “G4” genotype that has become predominant in swine populations since 2016.

As with swine flu, the new strain has been identified as having “all the essential hallmarks of a candidate pandemic virus.”

The scientists, who studied flu viruses in pig populations between 2011 and 2018, noted that around 10% of swine industry workers they tested in China had already been exposed to the virus, which they described as “of concern.” That rate increased among younger workers, aged 18-35, “indicating that the predominant G4 EA H1N1 virus has acquired increased human infectivity.”

“Such infectivity greatly enhances the opportunity for virus adaptation in humans and raises concerns for the possible generation of pandemic viruses,” the scientists, who work at several Chinese universities and the country’s Center for Disease Control and Prevention, noted.

They recommended close monitoring of swine populations — and anyone working with them.

“Controlling the prevailing G4 EA H1N1 viruses in pigs and close monitoring in human populations, especially the workers in swine industry, should be urgently implemented,” they wrote.

While “swine flu,” that first emerged in Mexico in 2009, is seen now as one of a variety of seasonal flu viruses and is included in annual flu vaccines, the scientists said that any preexisting population immunity “does not provide protection against G4 viruses.”

They were keen to stress that the virus is not an immediate problem, however.

Professor Kin-Chow Chang, one of scientists involved in the study and who works at Nottingham University in the U.K., told the BBC that “while this new virus is not an immediate problem … We should not ignore it.”

“Right now we are distracted with coronavirus and rightly so. But we must not lose sight of potentially dangerous new viruses.”

Current flu vaccines do not appear to protect against it, although they could possibly be adapted if needed, the BBC reported. To conduct their research, scientists carried out flu surveillance in pigs in 10 Chinese provinces between January 2011 and April 2018, and collected almost 30,000 nasal swabs taken from slaughtered pigs from abattoirs, as well as over 1,000 nasal swabs or lung tissue from farmed pigs with signs of respiratory disease.