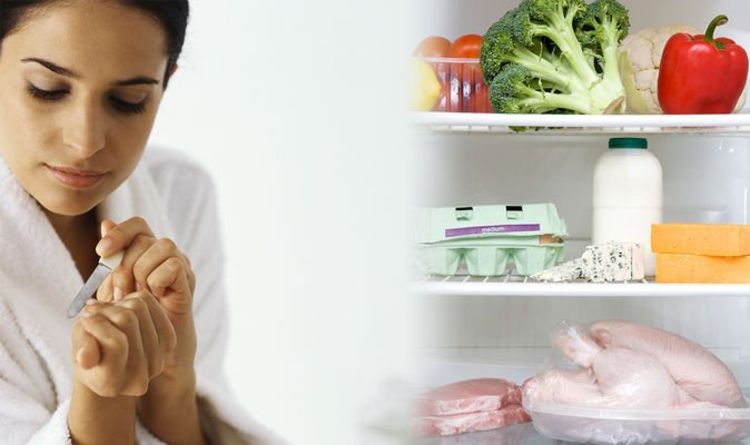 A vitamin B12 deficiency may take years to become apparent. Symptoms tend to appear when the body’s stores of vitamin B12 begin to run out. What’s the sign in your nails to look out for?

Vitamin B12 is obtained from food, such as meat, salmon, cod, cheese and eggs.

Carnivores (people who eat meat and fish) can usually get all the vitamin B12 their body needs from their diet.

However, when the small intestines fail to absorb nutrients from food into the bloodstream, a deficiency can occur.

Just a side note, vegetarians may also suffer from a vitamin B12 deficiency if they don’t consume foods fortified with vitamin B12.

According to The Journal of Family Practice, researchers found that a vitamin B12 deficiency can manifest itself in a person’s fingernails.

Specifically, entirely blue nails can indicated a vitamin B12 deficiency, as can those with a bluish-black pigment with wavy longitudinal dark streaks.

The researchers also noted how these nail changes were reversible as they resolved with B12 supplementation.

READ MORE: Heart attack: Have you spotted any of these unusual signs in your eyes? Potential warnings

The small intestines may have trouble absorbing macronutrients (protein, carbohydrates, and fat), as well as micronutrients (vitamins and minerals).

Factors that may contribute to malabsorption include damage to the intestines. This can be from an infection, inflammation, trauma or surgery.

Prolonged use of antibiotics has been linked to malabsorption syndrome, as well as health conditions, such as celiac disease, Crohn’s disease, chronic pancreatitis or cystic fibrosis.

Diseases of the gallbladder, liver or pancreas can lead to malabsorption, as well as lactose intolerance.

Moreover, radiation therapy may have injured the lining of the intestines and certain drugs, such as tetracycline, colchicine, or cholestyramine, may do the same thing.

A rare cause of malabsorption is Whipple’s disease – a bacterial infection that affects the digestive system.

The NHS states that a vitamin B12 deficiency can lead to neurological problems, which affect the nervous system.

Complications of the deficiency may reveal itself in vision issues, memory loss, pins and needles, as well as loss of physical co-ordination.

The NHS lists symptoms of a vitamin B12 deficiency, which include a pale, yellow tinge to your skin and mouth ulcers.

Other symptoms include a sore and red tongue (glossitis), pins and needles, and disturbed vision.

Some people may experience irritability and depression, and a change in the way they think, feel and behave.

Moreover, it’s not unheard of for people with a vitamin B12 deficiency to have changes in the way they walk and move around.