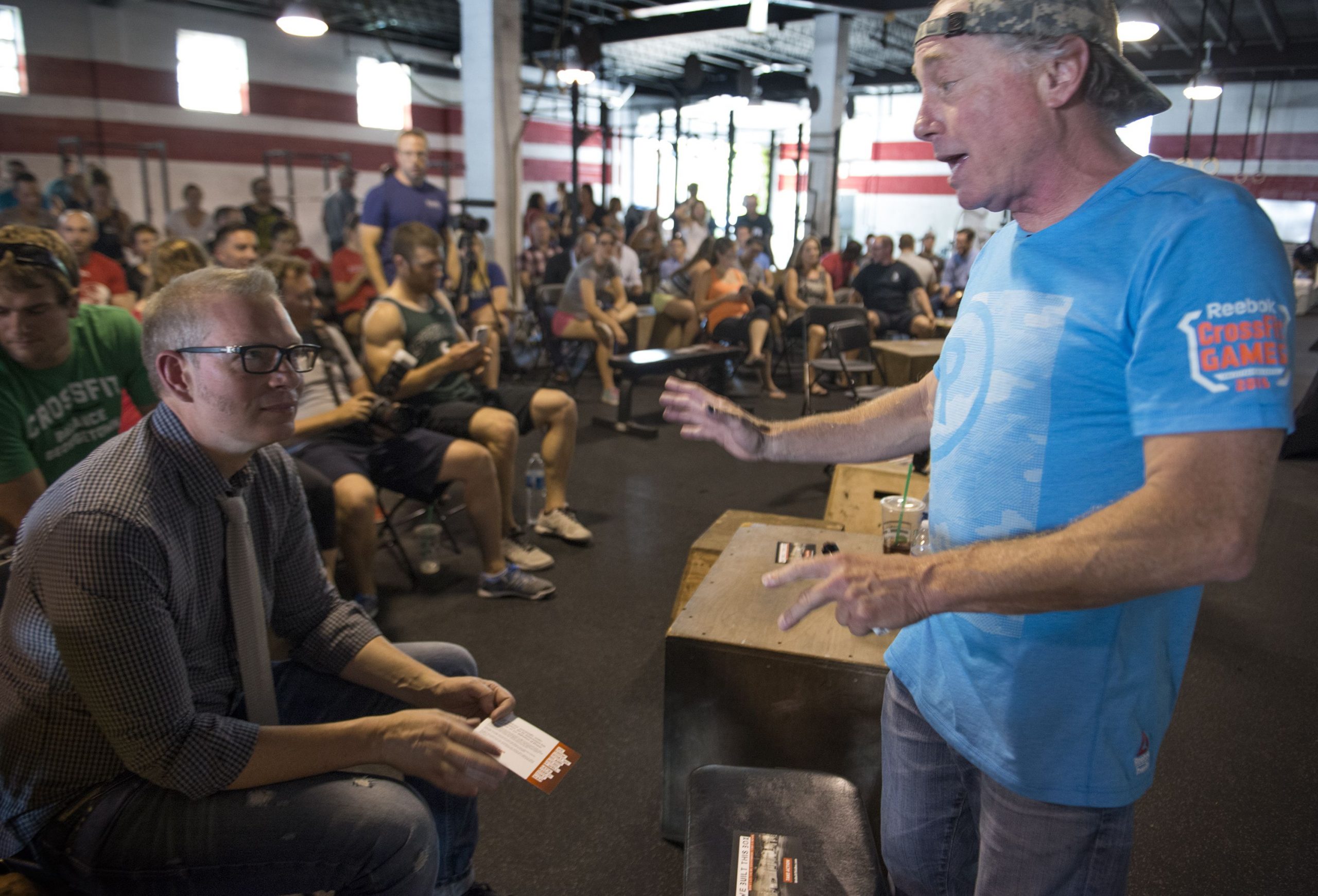 CrossFit CEO Greg Glassman is out as the leader of the sport of functional fitness after several days of fallout from his racist tweet referencing George Floyd. The company has also issued its first public statement regarding its silence in the face of the current nationwide campaigns decrying racism and police violence toward Black Americans. The statement, from “CrossFit Headquarters,” acknowledged the community’s disappointment and asked for forgiveness, among other things.

In a move first reported by The Morning Chalk-Up, Greg Glassman will leave his position to be replaced by Dave Castro, current Director of the CrossFit Games and Co-Director of Training, as the CEO of CrossFit. BuzzFeed News also reported on the move after posting a recording of Glassman’s racist comments in a private meeting, first referenced by Mike Young in a Medium post. Shortly after the reports, a post on CrossFit.com confirmed Glassman will retire. Read his statement in full below:

I’m stepping down as CEO of CrossFit, Inc., and I have decided to retire. On Saturday I created a rift in the CrossFit community and unintentionally hurt many of its members. Since I founded CrossFit 20 years ago, it has become the world’s largest network of gyms. All are aligned in offering an elegant solution to the vexing problem of chronic disease. Creating CrossFit and supporting its affiliates and legions of professional trainers has been a labor of love.

Those who know me know that my sole issue is the chronic disease epidemic. I know that CrossFit is the solution to this epidemic and that CrossFit HQ and its staff serve as the stewards of CrossFit affiliates worldwide. I cannot let my behavior stand in the way of HQ’s or affiliates’ missions. They are too important to jeopardize.

CrossFit is currently losing support from its famously loyal community, with over 1,250 gyms dropping their affiliations, senior-level CrossFit staff resigning, and multiple partners and sponsors publicly disavowing Greg Glassman’s public comments about George Floyd’s death, his purported private emails and statements, the lack of diversity within the organization, and the company’s silence on the current social movements against systemic racism.

Read More:  HOW A REMEDIAL MASSAGE CAN HELP YOU TO QUICKLY OVERCOME DISCOMFORT AFTER EXERCISE

Castro, the man replacing Glassman, is a member of CrossFit’s old guard. He has been responsible, among other things, for programming the popular CrossFit Open and CrossFit Games. He hosted the first-ever Games in 2007 on his Ranch in Aromas, California, the location where the 2020 Games were scheduled to be held this year after public health measures forced them to be moved from Madison, Wisconsin. Castro also shared a statement in the CrossFit post:

“CrossFit is a community — one that is global, diverse, and tough. Every person in our community shares a common bond. We are all dedicated to a visionary, transformative approach to health and fitness. Our individual passions for that approach have forged an enduring community.

Our community is hurt, though. Our shared bond brings together millions of people with differing opinions, viewpoints, and experiences. Friction is inevitable. Common ground, mutual respect, and fellowship must also be inevitable. I’m honored to take on the role of CEO of CrossFit, Inc. I hope to do right by affiliates, trainers, athletes, and other members of the CrossFit community around the world and never lose sight of the mission Greg established for us all.”

In light of his ascension to CEO of CrossFit, The Morning Chalk-Up re-shared a video of Castro on Instagram: at an event in 2019, Castro was asked if there were any plans to add diversity to the roster. Castro notably declined to respond the question entirely, instead announcing the following day’s first event.

CrossFit, Inc. and Greg Glassman did not respond to requests for comment before the publication of this article.