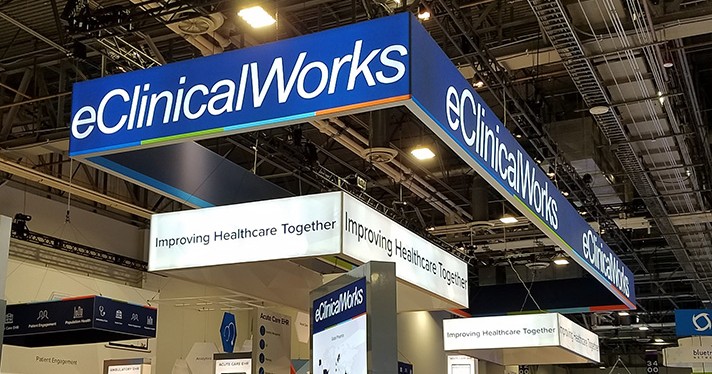 The U.S. Department of Health and Human Services Office of Inspector General is seeking additional compliance obligations from eClinicalWorks relating to the safety of its electronic health record software.

The new obligations include:

eClinicalWorks in 2017 agreed to pay $ 155 million after the U.S. Department of Justice accused it of falsely obtaining meaningful use certification for its EHR software.

As part of that agreement eClinicalWorks entered into the CIA, the company is required to promptly notify its customers and users of patient safety issues and maintain a list on its customer portal of said issues, among other stipulations.

The latest obligations from OIG require eClinicalWorks to issue a Patient Safety Issue Advisory to each of its customers, reiterating those mandates and asking them to review the patient safety issues listed.

OIG will also, as outlined in the letter, require the company to submit all safety notifications to the SQOO for review and approval before posting them on the customer portal.

It will also require monthly progress reports, including “specific and measurable items,” to determine progress toward remediation and corrective action.

The issues in question include:

“Monthly progress reports will be due to OIG, ONC and the SQOO on the first business day of each month,” wrote Felicia E. Heimer, OIG senior counsel, in the letter.

eClinicalWorks has faced scrutiny since its DOJ settlement in 2017. In July of that year, it circulated a letter to customers outlining seven known parts of its software that it said could present an EHR certification issue.

It was also told by DOJ that it had to transfer customers’ data to other vendors’ EHRs for free if they requested it – something that was a challenge for some clients – and employ an independent watchdog.

Even so, in 2018 the OIG fined the company an additional $ 132,500 for failing to report patient safety issues to regulators in a specific time frame.

“We have consistently sought to [report events] in a complete and timely manner to comply with the CIA, including by reporting such events to customers on our portal,” eCW spokesperson Bhakti Shah said at the time.

Read More:  Jennifer O: Exceptionally Talented Yoga Expert mantra for life “Yoga is a Journey and it is For Everyone”

“The OIG determined that certain reports were not timely provided to it and assessed this penalty. We have paid the penalty and enhanced our processes to ensure timely reporting going forward,” said Shah.

“Patient Safety Issues are defects, deficiencies, design flaws, usability problems, or other conditions with respect to eClinicalWorks’ Electronic Health Record Software that reasonably present a material risk of harm to patients,” read the issue advisory required by the OIG – which noted that such issues “have resulted in clinical data loss, prescription errors and clinical information from different patients appearing within one record.”