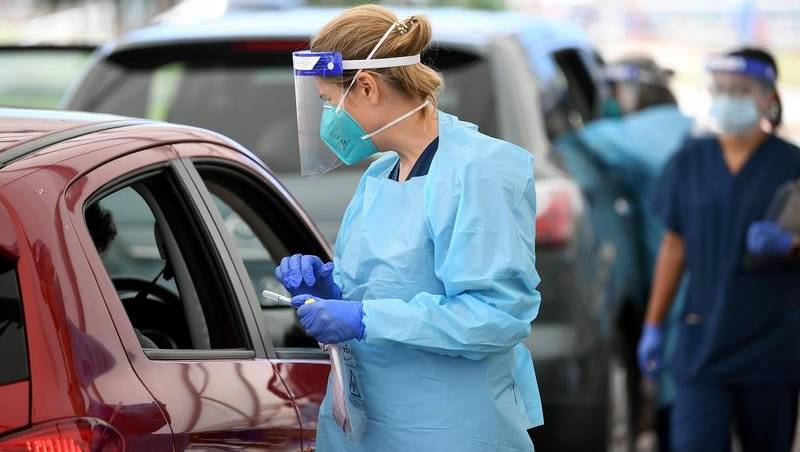 A COVID-positive Victorian family which travelled to parts of southern NSW has a different coronavirus variant to other people associated with the current Greater Melbourne outbreak, Victorian authorities say.

NSW on Thursday extended by a week the stay-at-home order for people who have arrived from Victoria after the southern state lengthened its lockdown.

Anyone in NSW who has been in Victoria since 4pm on Thursday May 27 will now be required to stay at home until at least June 10.

Victorian health authorities on Friday said a Melbourne family of four which visited south NSW locations including Gundagai, Goulburn, Jervis Bay, Huskisson and Vincentia had a different COVID-19 strain to other cases.

This means the source of the family’s infection is unknown.

The father began to experience symptoms on May 25, a day after the family returned to Melbourne. The whole family subsequently tested positive.

“It is a concern that it’s not linked to other cases but we are chasing down all those primary case contacts for that family and looking into where it might have been acquired,” Victorian chief health officer Brett Sutton said.

“We just have to do what we (have to) do … it is new information, it is an unrelated cluster, it is a variant of significant concern.”

Prof Sutton added the family may have acquired the virus in Jervis Bay given the approximate six-day incubation period of their virus strain.

But this was not confirmed and Victorian authorities are still investigating.

“There is no evidence whatsoever that this family picked up the variant in NSW.”

NSW Health said in a statement that anyone who has been in the listed southern NSW towns should be vigilant for respiratory illness.

Some 130 people in NSW are currently deemed close contacts of the family, and none of those contacts have tested COVID-positive to date.

Anyone who visited those venues at those times must get tested for COVID-19 and self-isolate for 14 days regardless of the result.

NSW recorded zero new locally-acquired cases in the 24 hours to 8pm on Thursday, as well as zero new cases in hotel quarantine.

A record 15,410 COVID-19 vaccines were administered by NSW Health over the 24-hour period, taking the total number in NSW to more than 1.4 million.