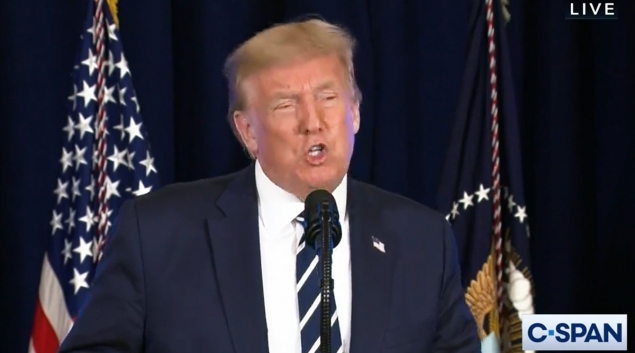 This is something that’s never been done before, Trump said during a press conference Friday at the Trump National Golf Club in Bedminster, New Jersey.

“Over the next two weeks I’ll be pursuing a major executive order requiring  health insurance companies to cover all preexisting conditions for all customers,” he said. “This has never been done before but it’s time the people of this country are properly represented and properly taken care of.”

Health insurers which offer plans in the Affordable Care Act market are already required to cover preexisting conditions under the ACA that was signed into law by President Barack Obama.

Trump has been trying to dismantle the law since taking office.

Trump said his upcoming executive order follows another to lower drug prices by requiring pharmaceutical companies to charge Americans no more than they charge to foreign countries.

Trump spoke mostly about efforts for a COVID-19 relief bill that is at a political standstill.