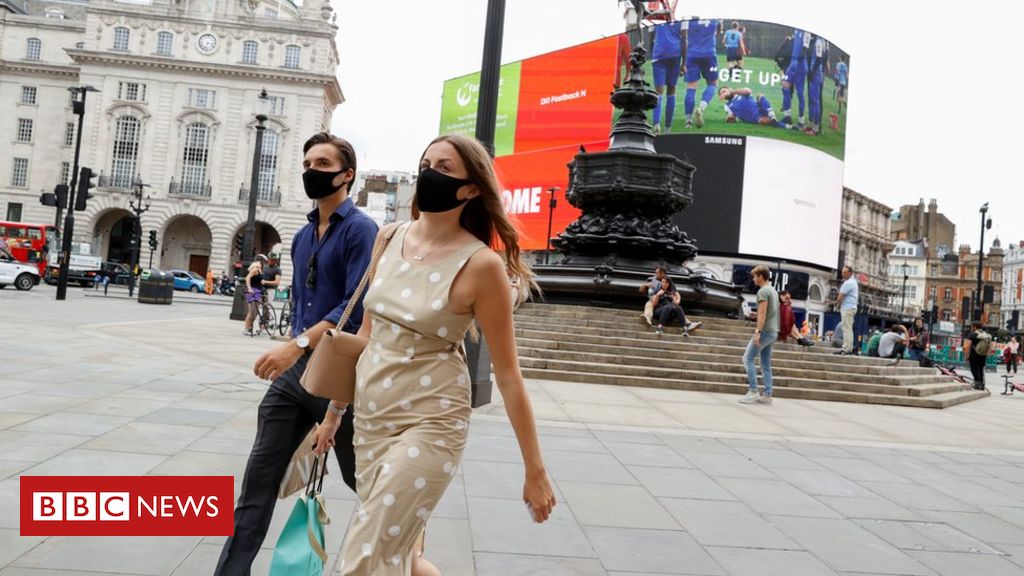 The UK’s coronavirus alert level has been downgraded from four to three, its chief medical officers have said.

Under level three, the virus is considered to be “in general circulation” and there could be a “gradual relaxation of restrictions”.

Previously transmission was considered to be “high or rising exponentially”.

Health Secretary Matt Hancock said the change was “a big moment for the country” and showed that the government’s plan was working.

The decision to reduce the alert level followed a recommendation by the Joint Biosecurity Centre, the chief medical officers for England, Scotland, Wales and Northern Ireland said.

“There has been a steady decrease in cases we have seen in all four nations, and this continues,” the medical officers said in a joint statement.

But they warned it “does not mean that the pandemic is over” and that “localised outbreaks are likely to occur”.

“We have made progress against the virus thanks to the efforts of the public and we need the public to continue to follow the guidelines carefully to ensure this progress continues,” they said.

The Department of Health and Social Care for England said the alert level would be used by government to inform its decision on “the continuing easing of lockdown”, but a spokesperson added the two were “not contingent on each other”.

There are five coronavirus alert levels in total.

In determining the UK’s alert level, the four chief medical officers considered a number of factors including:

Mr Hancock said recent progress in these factors showed “a real testament to the British people’s determination to beat this virus”.

“Infection rates are rapidly falling, we have protected the NHS and, thanks to the hard work of millions in our health and social care services, we are getting the country back on her feet,” he added.

The move comes weeks after some restrictions were first eased in each UK nation.

The alert level is telling us what we already know – the virus is still here, but at much lower levels.

It combines all the data on coronavirus in the UK to give a single, clear message about the current threat.

But how closely it is tied to government decisions is debatable.

Boris Johnson announced the relaxation of a range of measures – including the reopening of shops in England – while we were still at Level 4.

Although the decision – by the UK’s chief medical officers – would make any decisions to relax the 2m rule or open pubs and restaurants politically easier.

However, it doesn’t mean that we can all relax and stop social distancing and practicing good hygiene. Remember the alert level can go up as well as down.

At the end of May, Prime Minister Boris Johnson told MPs that “we’re coming down the Covid alert system from level four to level three tomorrow, we hope, we’re going to be taking a decision tomorrow”.

But the next day, the government decided instead not to lower the alert level and it remained at four until now.

Read More:  5 Tips On How To Get Rid Off Unhealthy Eating Habits After College

When the government first announced the alert system in early May, it also published a three-step plan to ease restrictions.

Step two permitted the gradual opening of schools and non-essential retail, which is the current situation.

The third step in the government’s published plan, which it said was to take place “no earlier than 4 July”, includes opening further non-essential services like hairdressers and beauty salons, restaurants, pubs and leisure facilities.

Moving to alert level three signals there could be a “gradual relaxing of restrictions and social distancing measures”, according to the government’s original plan.

It is understood the review will aim to report back by 4 July, the earliest date that pubs and restaurants can open in England.

When the review was announced, Mr Johnson said: “As we get the numbers down, so it becomes one in 1,000, one in 1,600, maybe even fewer, your chances of being two metres, or one metre, or even a foot away from somebody who has the virus is obviously going down statistically, so you start to build some more margin for manoeuvre.”